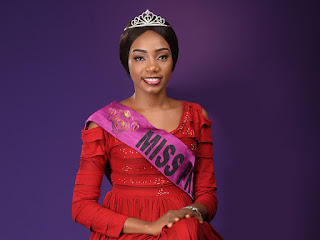 Studio A Entertainment, a beauty pageant platform poised to raise beauty queens who will lead awareness campaign against domestic violence in the country and elsewhere, has called for entries into the 2018 edition of its annual competition.

In a statement released in Lagos, the pageant Project Director, Adamu Zakari, stated that entry for the 2018 season two edition tagged, “The Premium Edition,” has opened for healthy, intelligent and decent Nigerian girls from 18 to 27 years who will contest for the prestigious Miss Globe Queen beauty pageant crown.
According to him, the platform is raising beauty queens who will lead awareness campaign on domestic violence as well as help to bring out the best in young women through building their self-confidence, impacting their personal development and increasing their drive for success.
Zakari said the organization would partner with activists, human rights organisations and individuals to drive home the message of the evil of domestic violence.
“In addition to winning the prestigious crown, an official car will be attached to the office of the Miss Globe Queen 2018, while a trip to an African country is part of the package.
To participate in the contest, interested individuals are directed to visit http://www.missglobequeennigeria.com/registration for registration.
He also revealed that the platform would serve as an opportunity for the winner to be a brand ambassador for beauty and cultural diversity.
The winner is also expected to receive a N500, 000 worth of movies contract.