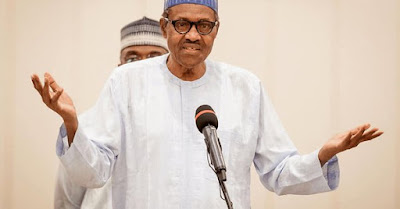 President Muhammadu Buhari yesterday said the greatest investment Europe and America can make in Africa now is helping the continent accomplish inter-basin water transfer to recharge the Lake Chad.
The President spoke at State House, Abuja yesterday while hosting the Chairman of the African Union Commission, Mr Moussa Faki Mahamat.
Buhari, according to a statement issued by his Special Adviser on Media and Publicity, Mr. Femi Adesina, noted that the Lake Chad, which provided a means of livelihood for several millions of people in four countries – Chad, Cameroon, Niger and Nigeria – has now been reduced to 10 per cent of its original size due to the impact of climate change.
He said: “People who depended on the lake for fishing, farming, animal husbandry, and many others have been thrown into dire straits.
“That is one of the reasons youths now dare the Sahara Desert and the Mediterranean Sea, to seek greener pastures in Europe.
“But helping to recharge Lake Chad will help a great deal in curbing irregular migration.”
While noting that the size of Nigeria and resources available place a lot of responsibilities on her shoulders, President Buhari pledged that the country would continue to fulfil its obligations to the African Union.
“At all international fora, we emphasise the matter of Lake Chad.
“We also talk about the influx of small arms from the Sahel, which worsens the security situation between herders and stagnant farmers.
“We will keep the issues on the front burner,” the President emphasised.
Mr Mahamat lauded President Buhari, saying his leadership was good for Nigeria, for AU, and for Africa in general.
He said that the next AU Summit would look into the reform of the AU Commission, positioning the AU and Africa in the world, Single Air Transport Market, the Africa Continental Free Trade Area, and other issues.
Stressing that Nigeria has played major roles towards peace in countries like Guinea Bissau, Togo, Liberia, Mali, Sierra Leone and many others, the AU Commission chairman said: “Nigeria is the engine of Africa politically, economically and in the area of peace and security. Without her, Agenda 2063 cannot be accomplished.
“We depend on the elder to reach our destination in good shape. Nigeria is worthy of being followed. We rely on your wisdom to fulfil the task before us.”