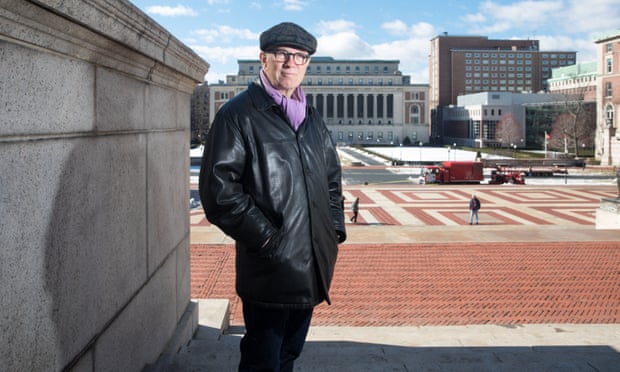 Ian Buruma, the writer and academic, has stepped down from the editorship of the New York Review of Books after only 16 months, after he caused outrage by publishing and defending an essay widely deemed to be at odds with the spirit of #MeToo.
The departure of Buruma, only the third editor after Robert Silvers and Barbara Epstein since the magazine was founded in 1963, comes as a jolt so soon after he took over the helm of America’s most prestigious literary journal.It followed a billowing dispute that gained momentum on social media over his decision to publish a highly contentious essay by the former Canadian broadcaster Jian Ghomeshi.
Buruma published the 3,400-word essay under the title Reflections from a Hashtag in the 11 October edition of the magazine.
In it, Ghomeshi was given the platform to repeat his claim that accusations against him made by more than 20 women that he allegedly abused them with slaps, punches, bites and choking were “inaccurate”.
Ghomeshi was acquitted in March 2016 of four counts of sexual assault and one of choking involving three women. In the essay, he described himself as a victim of “mass shaming” and said he had endured “enough humiliation for a lifetime”
The publication of the essay, which was hotly debated within the NYRB’s small team of editors, provoked a storm of debate about the extent to which men who had been the subject of #MeToo accusations of inappropriate or abusive sexual conduct should be allowed to rehabilitate themselves into society. It also raised eyebrows about Buruma’s editorial judgment.He wrote: “Even as I feel deep remorse about how I treated some people in my life, I cannot confess to the accusations that are inaccurate. What I do confess is that I was emotionally thoughtless.”
Buruma added fuel to the fire when last week he gave an interview to Isaac Chotiner of Slate in which he clumsily sought to justify the decision to publish. Though he praised the #MeToo movement, that has put the spotlight on the sexual misconduct of powerful men, as “a necessary corrective on male behavior”, he said: “Like all well-intentioned and good things, there can be undesirable consequences.”
He went on to lament a “general climate of denunciation” and said that in the case of Ghomeshi there had been “undesirable, or at least unresolved, aspects to it”.
Asked to comment on the numerous allegations of sexual assault by Ghomeshi – including punching women on the head – Buruma replied: “The exact nature of his behavior – how much consent was involved – I have no idea, nor is it really my concern.”
The interview led to a further eruption of condemnation. Lydia Polgreen, editor-in-chief of HuffPost, tweeted: “The Ian Buruma interview [was] even more enraging than the Ghomeshi piece itself.”
Buruma, 66, has written often for the Guardian. He is author of several books including Murder in Amsterdam: the Death of Theo van Gogh and the Limits of Tolerance and is professor of democracy and human rights at Bard College in New York state.
A statement from the NYRB, which is published by Rea Hederman, who bought it in 1984, was expected later on Wednesday.

… we have a small favour to ask. More people are reading the Guardian than ever but advertising revenues across the media are falling fast. And unlike many news organisations, we haven’t put up a paywall – we want to keep our journalism as open as we can. So you can see why we need to ask for your help. The Guardian’s independent, investigative journalism takes a lot of time, money and hard work to produce. But we do it because we believe our perspective matters – because it might well be your perspective, too.
The Guardian is editorially independent, meaning we set our own agenda. Our journalism is free from commercial bias and not influenced by billionaire owners, politicians or shareholders. No one edits our Editor. No one steers our opinion. This is important because it enables us to give a voice to the voiceless, challenge the powerful and hold them to account. It’s what makes us different to so many others in the media, at a time when factual, honest reporting is critical.