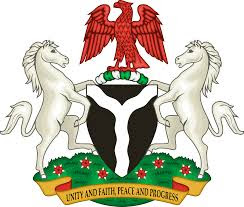 The amount in the Excess Crude Account declined by about $1.68bn, statistics obtained from the Federation Account Allocation Committee have revealed.
The PUNCH reports that this declined happened just between November 25 and December.
According to the newspaper, as of November 25 when the FAAC committee meeting was held to allocate revenue for that month, the balance in the ECA was put at $2.319bn.
However, at the resumed meeting on Wednesday at the headquarters of the ministry of finance, the balance, according to the Permanent Secretary in ministry, Mahmoud Dutse, had dropped to $631m.
The Punch further reports that Dutse, who briefed journalists shortly after the meeting, said withdrawals were made by the Federal Government from the ECA to settle the last tranche of the Paris Club Refund.
Dutse did not provide the amount withdrawn but the analysis by our correspondent showed that about $1.68bn might have been withdrawn during the three weeks period, the report further indicated.
Dutse said, “The balance in the ECA is $631m. The final payment for the Paris Club Refund to states was made and the figure was deducted and that’s what accounts for the difference.”
When reminded that it was wrong for such deductions to be made for such purpose, he replied that the committee got an approval from President Muhammadu Buhari and the Federal Executive Council before making the withdrawal.
He said, “A decision was taken to make this refund and part of that decision is that the refund should be funded from the ECA. Federal Executive Council, the President approved the money.”
The Accountant-General of the Federation, Alhaji Ahmed Idris, when accosted on his way out of the meeting to clarify the withdrawal, said that due process was followed before the withdrawal was made.
“You can go and find out from the National Assembly if we got approval for it but due process was followed before the fund was released.”
The Punch further reports that FAAC allocated a total amount of N812.76bn to the three tiers of government.
A breakdown of the amount showed that the Federal Government got N326.75bn; the 36 states are to share N203.2bn while the 774 Local Government Councils are to share the sum of N153.52bn.
In addition, the sum of N57.07bn was allocated to the oil producing states based on the 13 per cent derivation principle.
The gross statutory revenue for the month of November, Dutse said, was put at N649.62bn.
This is N32.53bn lower than the N682.16bn received in the previous month of October.